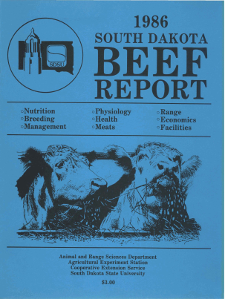 Effects of preweaning zeranol implants on reproductive function and growth performance were studied in 45 Simmental-Angus bulls. At slaughter, flow cytometry measurements were made on testicular and sperm cells to determine the effects of zeranol on spermatogenesis. There were no differences in weaning or slaughter weights due to implants. Nonimplanted bulls had larger scrota1 circumferences and heavier testicular weights than bulls given one or two implants. The testes of implanted bulls had a lower proportion of developing germ cells relative to nonimplanted bulls. The DNA in sperm from implanted bulls was structurally less stable (i.e., more susceptible to denaturation) than DNA in sperm from nonimplanted bulls. Preweaning implantation with zeranol negatively affected testicular function and spermatogenesis, but did not affect growth of yearling bulls.