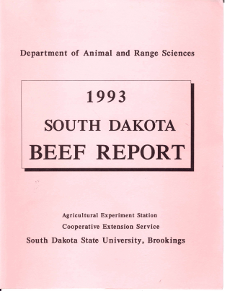 The recent scientific literature was reviewed to summarize genetic parameters for carcass traits in beef cattle. Heritability estimates were generally moderate to large, in agreement with previous literature estimates. This suggests good potential for making change through genetic selection for a given individual carcass characteristic. However, genetic improvement through multiple-trait selection would be slowed by several important genetic antagonisms between traits, suggesting the use of terminal breeding systems with complementary sire and dam genetic types. Individual and maternal heterosis estimates from age-constant analyses were numerically positive and quite large for fat thickness and tended to be numerically positive and small to modest in magnitude for most other carcass traits. Hence, potential contributions to improved carcass composition from crossbreeding would primarily result from genetic complementarity rather than heterosis. As the U.S. beef industry presumedly moves toward a more value-based marketing system, genetic concerns include 1) an apparent antagonistic genetic relationship between marbling and cutability in some populations, 2) the effect of increased leanness on maternal productivity, and 3) the extent to which terminal breeding systems can be used.