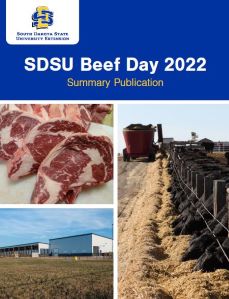 Blood samples were collected from six different Bos taurus herds between day 27 and 285 of gestation (heifers n = 1,205 and cows n = 1,539). Blood samples to determine PAG clearance interval were collected weekly postpartum for up to 12 weeks (heifers n = 418 and cows n = 657). Serum was tested using the lateral flow test and were read by two technicians who were blind to pregnancy status. Level of agreement between the tests were determined by Pearson’s correlation coefficients and Kappa scores. The MIXED procedure of SAS was used to evaluate the effect of dpp and age (heifers or cows) on postpartum test results. There was a positive correlation between transrectal ultrasonography and the lateral flow test (r2 = 0.71; P < 0.01), and agreement between the two tests was very good (Kappa = 0.84). Of the animals that were diagnosed nonpregnant by transrectal ultrasonography, 5.61% were called pregnant by the lateral flow test. Of the animals diagnosed pregnant by transrectal ultrasonography, 2.00% were called not pregnant by the lateral flow test. Thus, a 92.38% agreement occurred between the two methods. For postpartum samples, there was no effect (P = 0.21) of age, but there was an effect of dpp (P < 0.01) and a tendency for a dpp by age interaction (P = 0.06). All animals were still considered pregnant from the previous pregnancy through 35 dpp (100 ± 2.58%). The percentage of females receiving a false positive test result further decreased with time postpartum, by 77 dpp there were 13.72 ± 3.16% of the females positive for pregnancy and at 84 dpp there were 4.11 ± 4.39% positive for pregnancy detection.