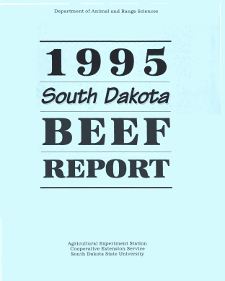 Between 1973 and 1993, there has been a major shift of fed cattle production in the United States from the Midwest and Southwest to the Central and Southern Plains. Average marketings per feedlot per year in the nation's 13 major cattle feeding states have more than doubled; average marketings per feedlot in AZ, CA, and WA are now 15,000 head or more. The degree to which the concentration has taken place in different states and regions is highly variant. South Dakota's average fed cattle marketings per feedlot have doubled over the past two decades. However, growth in fed cattle marketings in South Dakota has been limited to feedlots with a one-time capacity of 1,000 to 4,000 head, not in "mega-feedlots" as in the nation's four major cattle feeding states. The pattern of moderately-sized and relatively widely-dispersed feedlots in South Dakota confers to the state a major comparative advantage-relative to possible soil and water pollution from animal wastes.