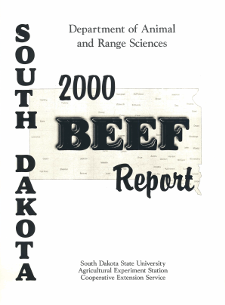 Three mixer wagons, three-auger, reel-type auger, and four-auger, were used to evaluate the adequacy of mix of a grower diet. All three mixers were considered in good mechanical condition. The grower diet contained 12.4% rolled corn, 23.7% wet corn gluten feed, 42% soybean hulls, 15.8% grass hay, and 6.19% liquid supplement on an as-is basis. Monensin was added to the diet at 28glton on an as-fed basis. Samples were obtained after 2, 4, 6, and 8 minutes (min) of mixing. Following the 8-min mixing time, the feed was unloaded as a windrow onto a concrete pad. Samples were obtained from the beginning, middle, and end of the windrow. These samples were used for nutrient analysis and ionophore (Monensin) recovery. Dry matter (DM) content and crude protein (CP) showed little variance across treatments. The coefficient of variation (CV) was greater for acid detergent fiber (ADF) levels than for other assayed components. The three-auger mixer produced a ration that was adequately mixed after 8 min of mixing. The reel-type auger required 4 min and the four-auger required only 2 min of mixing based on the observed CV. Monensin recovery gave similar results. The three-auger mixer gave the most accurate Monensin levels as compared to theoretical values. These studies indicate any well-maintained mixer will work well if the timing and sequence of adding ingredients is correct for the type of mixing action.