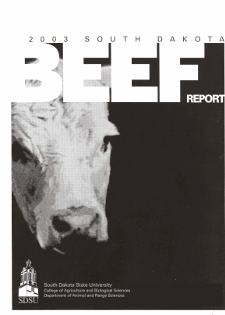 Thirty crossbred steers were utilized to explore and compare tenderness improvements in beef round and sirloin muscles resulting from various methods of pre-rigor skeletal separations. Animals were slaughtered according to industry procedures and at 60 min postmortem one of six treatments were randomly applied to each side: A) control, B) saw pelvis at the sirloin-round junction, C) separate the pelvic-femur joint, D) saw femur at mid-point, E) combination of B and C, and F) combination of B and D. After 48-h, the following muscles were excised from each side: semimembranosis (SM), biceps femoris (BF-R), semitendinosis (ST), and adductor (AD) from the round; vastus lateralis (VL) and rectus femoris (RF) from the knuckle; and gluteus medius (GM), biceps femoris (BF-S) and psoas major (PM) from the sirloin. Following a 10 d ageing period, samples were removed from each muscle to determine the effect of treatments on sarcomere length and Warner-Bratzler shear force. Sarcomere lengths differed between treatments for SM, AD, ST, GM, and PM. Treatment C resulted in longer sarcomeres than controls for SM, AD, and ST. All pre-rigor skeletal separation treatments yielded shorter sarcomeres for the PM as compared to controls. Warner-Bratzler shear force differed between treatments for RF, ST and PM. For RF, all treatments, except B, resulted in lower (P < 0.05) shear values than for controls. Treatment F resulted in higher shear force values for the PM than controls (P < 0.05). Also, treatments B, D, and F increased shear force of the ST relative to controls (P < 0.05). Correlations between sarcomere length and shear force were found to be low and quite variable between muscles. In general, treatments increased sarcomere length of several muscles from the sirloin/round region, but had mixed effects on shear force values.