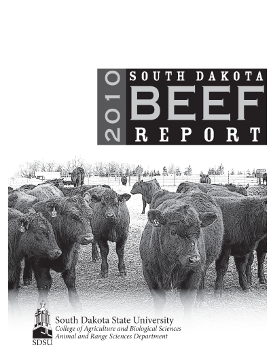 The objectives of this research were to evaluate 1) fluctuations in plasma metabolites and lipid profiles and 2) differences in satellite cell differentiation and proliferation in cattle with differences in marbling relative to total fatness. Dietary starch is thought to optimize accumulation of marbling. In this experiment, readily fermentable fiber or corn oil were substituted for starch from corn in an effort to alter adipose tissue accretion. Crossbred yearling steers (n = 144) were used in a 131 d finishing trial. The trial was designed as a 3 x 2 factorial arrangement of dietary energy source by corn oil inclusion. Dietary energy sources were the high starch diet which contained 8.5% roughage and 81.2% corn or a higher fiber diet in which chopped, high moisture ear corn (43.7%) and dried corn gluten feed (18.2%) were substituted for corn. Corn germ was included in the diet to provide 0, 2, or 6% corn oil in both the starch and fiber diets. Growth performance and carcass characteristics were recorded and blood samples were collected from each animal on d 96 and 131 of the feeding trial. Previously reported carcass data indicated that dietary energy source (starch vs. fiber) did not influence carcass characteristics. However, as the percentage of corn oil increased with additional amounts of corn germ, marbling scores decreased (P < 0.05) at a constant subcutaneous fat thickness. Compositional analyses support a tendency (P ≤ 0.10) for decreased marbling relative to total carcass fat. Feeding germ increases (P < 0.05) in all components of serum cholesterol. Earlier in the feeding period, GERM also caused higher (P < 0.05) circulating glucose and NEFA concentrations. A sub‐population of steers that were highest (n = 12) and lowest (n = 12) for the relationship of marbling to total carcass fatness (M2Ratio) were scrutinized more closely. Differences in M2Ratio were not associated with HCW or fatness, but were associated with marbling (P < 0.001). Serum collected early in the feeding period from high M2Ratio steers resulted in higher (P < 0.05) satellite cell proliferation and differentiation rates in vitro than serum from low M2Ratio steers. This response diminished with additional days on feed. These results indicate that dietary carbohydrate source has minimal influence on carcass fat distributions, but that dietary oil dramatically alters circulating metabolites and is antagonistic to the production goal of high marbling‐high cutability carcasses.