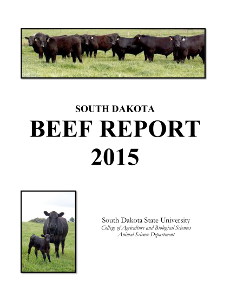 The nutritional management of replacement females from weaning to breeding is critical to lifetime productivity. Traditionally, cereal grains have been used to develop replacement heifers to attain puberty and enter the breeding system at a younger age. However, overfeeding heifers decreases number of calves weaned, while peri-pubertal caloric restriction increased primordial follicle numbers in the developing ovary. The number of primordial follicles a female has can determine her overall fertility; females with a greater amount of follicles have greater reproductive lifespans. In this study, two groups of heifers were developed to prebreeding status. One group received a control diet (228 kcal ME/BW kg0.75) while the other received a restricted diet (157 kcal ME/BW kg0.75) for 84 days, and were then stepped up to receive a diet containing 277 kcal ME/BW kg0.75. Both groups were evaluated at three different time points for number of primordial follicles. Heifers on the restricted diet had more primordial follicles than control heifers at 13 mo of age. In summary, heifer input costs could be decreased without negatively effecting overall fertility and perhaps improve fertility.